On a personal note, I have always disliked posts about why you haven’t been posting or why you feel guilty about it. Blah blah blah…just tell me a joke or write when you’re ready. So here, in no particular order, is just what’s been happening with me since mid November. For the few of you who wrote to ask if I’m okay. And thanks for that. 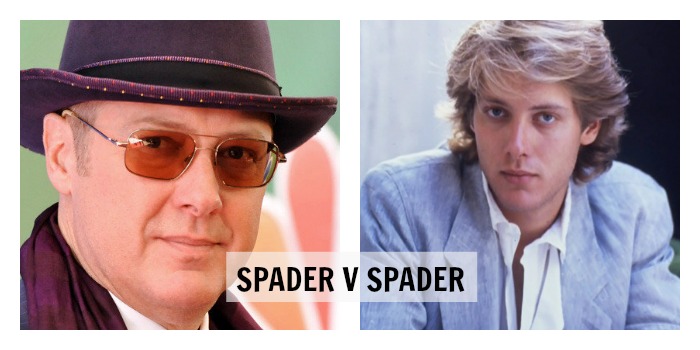 ZOMG The Blacklist! Homeland meets Silence of the Lambs meets 24! Bald James Spader in dark glasses! I had to watch Less Than Zero one night just to reset my brain with 80’s James Spader. Bless the guy, he’s still working, and still creepy-sexy awesome.

GETTING READY FOR THE NUTCRACKER 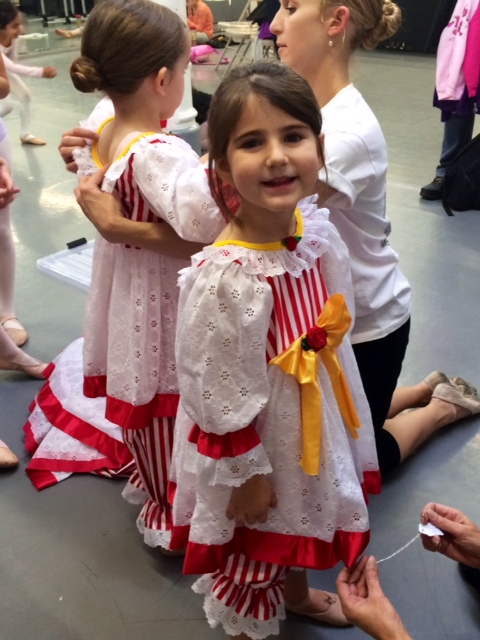 I can’t talk about it too much or I’ll cry. Sage is a rag doll. Thalia is the little non-racist Chinese doll who gets a solo in the second act. Ugh, now I’m crying. Instead, I’ll think about the 4 million rehearsals that nearly broke us all.

MAKING OUR OWN REPORT CARDS
My girls got theirs late, and so their grandfather was kind enough to make up his own to stave off the anxiety. You’ll be happy to know they got straight A’s in carrot picking, smiling, cat petting, and karaoke. I am very proud.

VISITING A HOSPITAL WHICH WAS NO FUN AT ALL
I’ll just say that a close relative was in worse shape than I ever want to see anyone I love in ever again. It was a devastating experience, and I couldn’t write about it, which made it extra hard for me. However thanks to remarkable will, perseverance, inner strength, super professional care, and likely some magical intervention from elves and unicorns if you ask me, recovery is beyond what anyone could have expected. Including the nurses. Everyone is home safe now and doing phenomenally.

We had a lot to be grateful for at Thanksgiving this year.

Though I do believe the girls miss getting to play with the automatic hospital bed buttons during visiting hours, and scoot around on wheelchairs down the slippery hallway floors.

Isn’t it lovely  that everything is an amusement park ride when you’re 8 and 6?

WATCHING GREASE
After much deliberation–and the inability to listen to the girls sing along to My Little Pony: Equestria Girls one more time–we took the plunge with Danny and Sandy. It was my favorite movie when I was 9 and 10 and I thought eh, the inappropriate stuff will go right over their heads as it did mine. And I was right.

Holy cow, do you realize how bawdy the Greased Lightning lyrics are? I definitely did not know what “the chicks will cream” meant even though I sang those words about 62,487 times the year the film came out.

We just chalked up all the sexism and delinquent behavior to teaching moments. 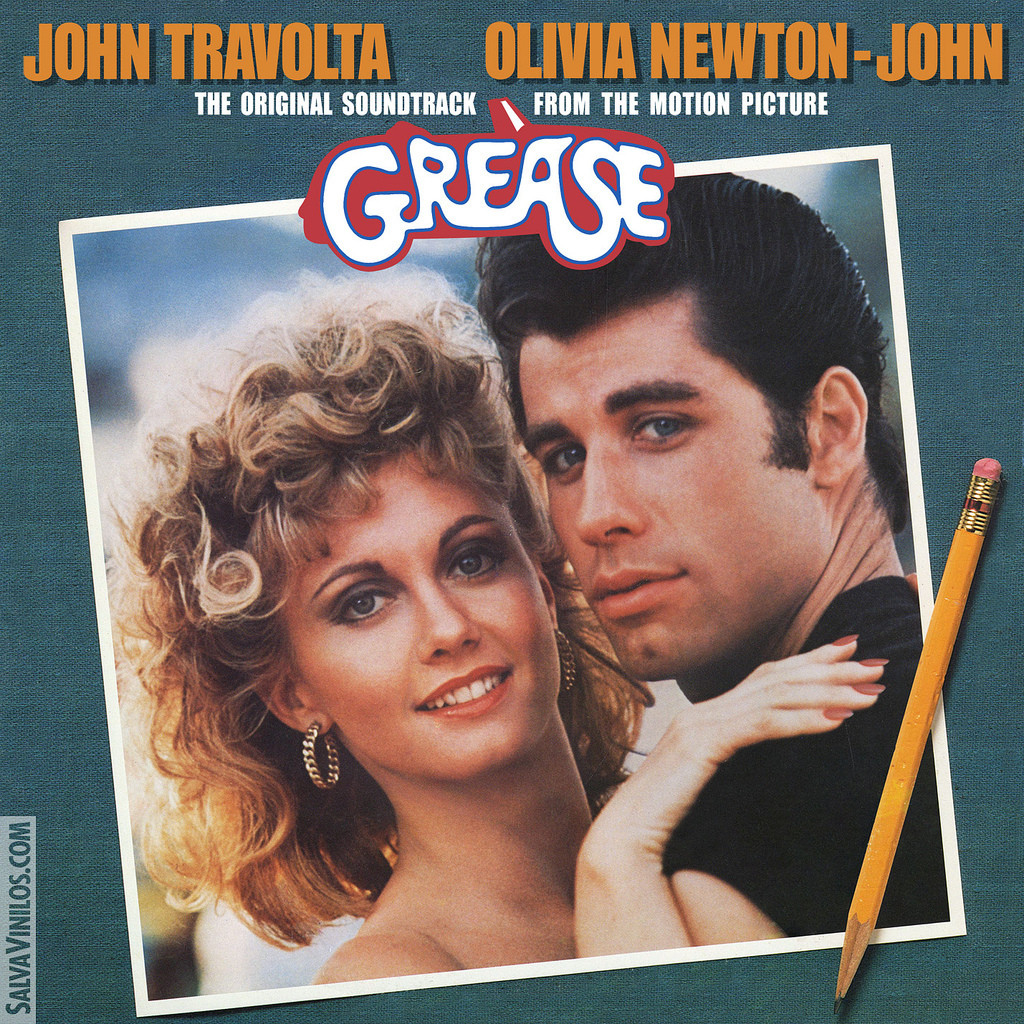 What they did like: The Hand Jive (Thalia now has a plan to create an assembly to teach it to her whole school), the lesson that people should love who they want even if their friends don’t like it (as Sage put it), having a carnival right at your school, Frenchie’s orange hair, and shiny pink jackets. In other words, my girls are me, only a few decades later.

What I did like: Thalia saying “you know, if they make movies for kids they REALLY should take out the sexy parts! All that kissing is GROSS.”

Also, Sage getting excited that she might learn how to put together a whole car in a high school class some day.

This was the Thanksgiving Cookie Contest vision courtesy of Sweetopia:

This was our result: 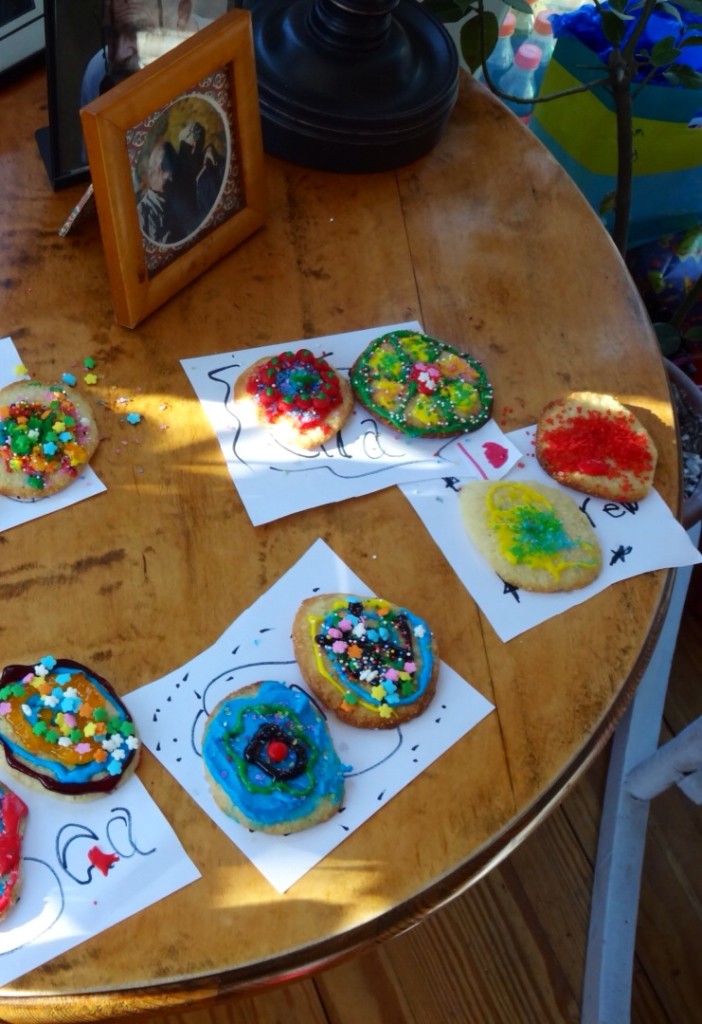 There was no way in hell we were going to cut anything out in any shape at all. And it was perfect. 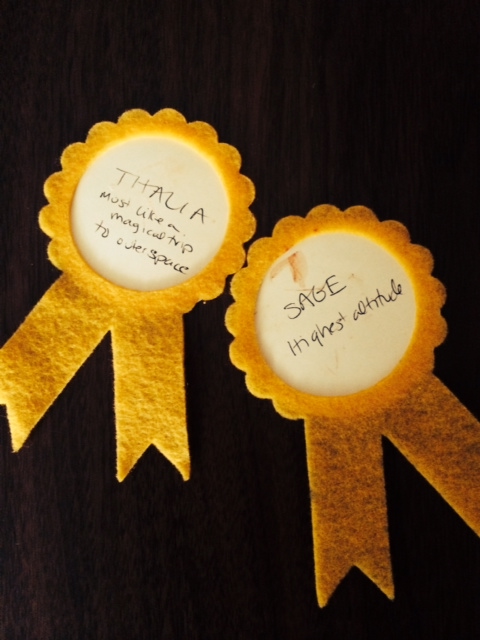 Actual prizes went for things like “most fit for a princess” or “most like a magical trip to outer space.” Everyone got a ribbon, everyone got to eat two cookies, and everyone was happy. And you know? Best Cousins Cookie Contest ever. We are so doing it again every year.

DOING WAY TOO MUCH HOMEWORK
My 8 year old sometimes has 2 or more hours of homework a night. It’s brutal. It’s tedious. Instead of writing the next chapter of her graphic novel, The Secrets of Star Aslon, she has to write about Timmy and Billy who would rather go skateboarding than study for a test and now have to face consequences. Despite no child in 2013 being named Timmy or Billy, ever. You know, that alone should be their consequences; they have to live with those crappy old names the rest of their lives while all their friends have cool new names like Caleb and Oliver and Sam and Holden. TAKE THAT YOU NO-GOOD, HOMEWORK-AVOIDING, SKATEBOARD HOOLIGANS.

Gah, standardized testing and gah common core. And that’s all I’ll say for now. At least the Thanksgiving-themed math problems referred to Native Americans and not Indians so I’ll take that as a small glimmer of hope. 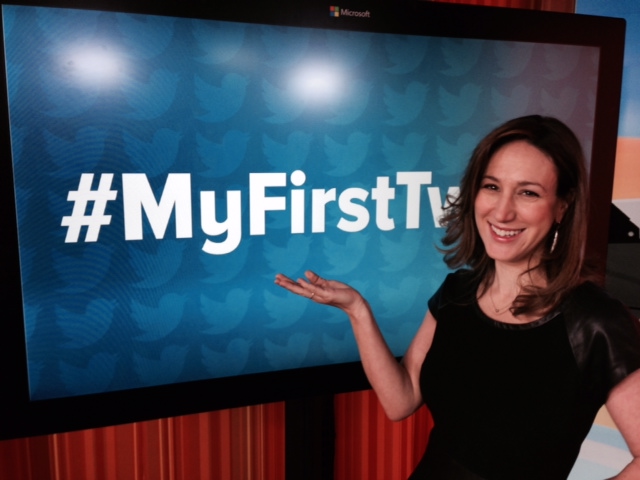 Everything you need to know about Twitter basics in 4 minutes that turned into 2.5 minutes. Which turned into 2 things you need to know about Twitter. Including the fact that you should download Twitter. I always have the best time doing the Today Show, even when I’m getting cut off mid-sentence to go to commercial. And Al and Willie really did look foxy, which is why I tweeted as much.

A GIHUGIC WEBSITE RELAUNCH. NO WAIT, TWO.
So the biggest thing of all is that we relaunched Cool Mom Picks and Cool Mom Tech with a major new design, functionality, search that actually works, categories that make sense, and a first post that made me weepy every time I started to write it.

It is also possible that the heightened emotions had something to do with ten consecutive nights of less than 4 hours sleep.

How were we able do that in college again and still get up for 8:30 classes?

Of course the monstrosity of the change and resulting challenges should be expected when you try to import more than 8,500 (!) posts from one platform to a completely different one, no matter how talented your team. And yet, I did not expect to see the clock hitting 3:00 AM that many nights in a row.

Here’s the thing though: I’m not complaining. Not a bit.

Spending hours on G+ video hangouts day and night with our team, I was having serious flashbacks to my late 20’s spent working in advertising, and the all-nighters for new business pitches or humongo client presentations. I remember presenting scripts at 3AM, my boss saying “eh…you could probably do better,” then slumping shakily back to my office with more coffee and more vending machine snack foods and desperately trying to type something that didn’t come out like myxypaooiusellyrsazr.

(Also the name of one of my favorite spam commenters. Coincidence?)

The difference was, that was my job but it wasn’t my business. This is my business. Our business. And pulling all-nighters when it’s something you created, something you love and believe in with all your heart takes away that awful resentment you might feel instead of oh, say, writing newspaper headlines at midnight for a pompous jackass of a CEO who is going to reject anything you do because he learned in Bad Client School that you should just yell BIG SALE AT OUR PLACE! then stick a massive logo beneath it and be done with it. Hypothetically. Of course.

(In reality, every pompous jackass CEO I ever worked with actually didn’t attend any institution named Bad Client School. That’s how you know I’m joking.)

All that is to say, please click over and tell me you like the new sites. Because we’ve sure come a long way from how it looked we first launched it as a typepad blog tagged onto Motherhood Uncensored.

Yes, it really was called Cool Mom Shit. For about three days.

EXPRESSING GRATITUDE
The only thing better than running a business you love is getting to do it with people you love, who are talented, tirelessly hard-working, and always smiling. Thank you to Julie Marsh and Kari Dahlen who keep us sane behind the scenes and sometimes in front; Jon Armstrong who puts all other web developers and content strategists to shame with his amazing skills of code hackery and analytic know-how that makes my head spin; remarkable editors and writers who care  more about writing well than sticking keywords in a post, and deserve a lot of credit for that; and of course to the best business partner in the world, Kristen Chase. I couldn’t do it without you. In a totally real non-exaggerated, non-hyperbolic way.

Also, thank you to all of you for never going to Bad Client School which is why your taste is so impeccable.

“And then, let’s try to get the Cool Mom Picks guide up right afterwards?” 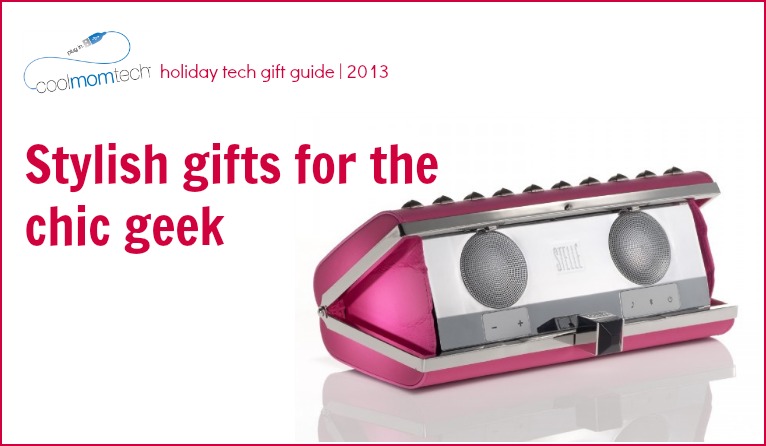 As I blurted out on Twitter somewhere through a thick mental haze,  people who say “I’ll sleep when I’m dead” aren’t actually tired. If they were, it would come out “myxypaooiusellyrsazr.”

Callback! See how I did that? And my improv instructors ten years ago only thought I was the worst one in the class. Brian Huskey and Rob Huebel, I hope I’ve made you proud today.

EXPRESSING GRATITUDE TO YOU
Of course when you haven’t updated for a while, it’s a little like not talking to your best friend for six months. The longer it goes the more you put it off because it just seems overwhelming to catch up on so much in so little time. But now we’re caught up. Mostly.

Thanks for bearing with me all these weeks. I’m glad you came back here today. I missed you.

21 thoughts on “What I have been doing in the last [redacted] days since posting here. James Spader is involved.”