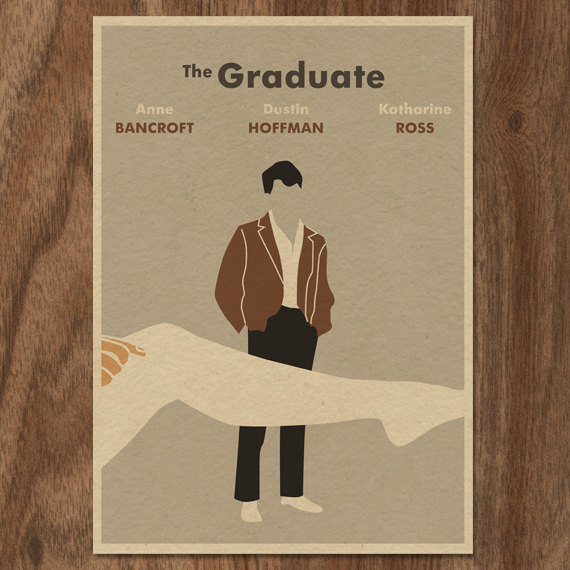 I adore the Oscars. Always have. There are times I want to be cynical about it but…but…I can’t. I get teary over the speeches, I love gawking at the fashion (especially when it’s my kids who are doing the commentary), and really I love the whole premise of honoring art. Even if it’s commercial. Even if it’s debatably art at all. In some camps, I know that if it’s got even one whiff of Hollywood on it, one name-you-know star, one hit song, one happy ending, it can’t possibly be art.

Whatever. I’m getting too old to be that cynical. (Though I still think The Notebook is dreck and you can’t make me like it. Sorry Kristen.)

Looking up the definition of art, I find: The expression or application of human creative skill and imagination, typically in a visual form…producing works to be appreciated primarily for their beauty or emotional power.

Beauty? Sometimes. Emotional power, indeed. I can’t even think of how many times I’ve uttered phrases from the films burned into my consciousness even decades ago.

What’s your damage Heather?
I forgot my mantra
Hey, smoke up Johnny!
One word: Plastics.
Dogs and cats, living together…

Surely you have your own overused movie quotes that are forever part of your vernacular? 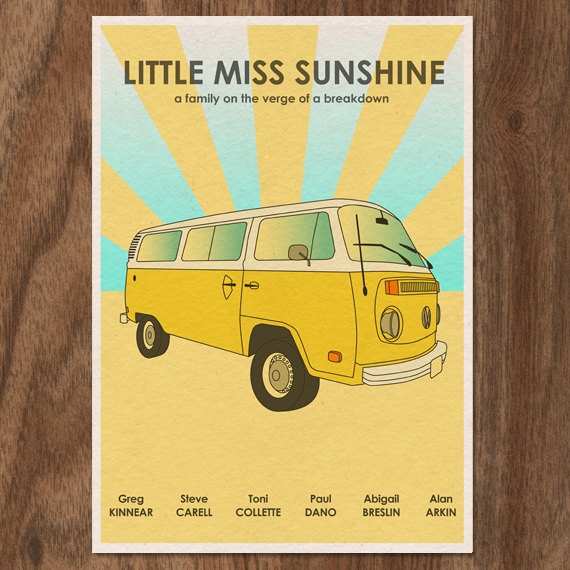 My early years were so informed by movies that I distinguish school years and fashion trends based on what movies were out. I can track my teenage dating life via what movie I saw and with whom. (And how much of the film we actually watched, ahem.) I remember the evolution from a girl allowed to see Benji alone in the theater at six (those were different times) to a girl not allowed to see Fame the summer I spent at my aunt’s–despite having seen it four times already.

My first movie was  Shampoo, of all things. It was a drive-in. My parents hoped we’d sleep in the back of the wagon and they could…do whatever parents did at drive-in movies.

The first movie I  was grounded for was Raiders of the Lost Ark, which I saw on a  forbidden if very chaste “date” with a boy who grew up to prefer other boys anyway. 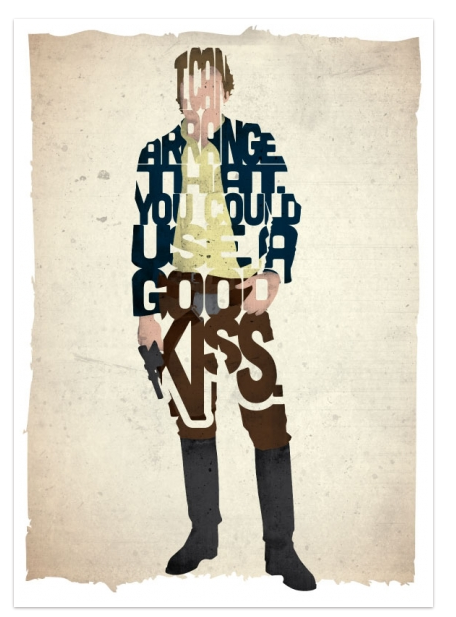 I feel lucky to have been around for the massive Star Wars cultural explosion and to this day I wish I could find all those stickers and trading cards I collected so avidly. Saturday Night Fever compelled my high school gym teacher to teach us the hustle in her pink velour track suits. Watching Annie Hall the first time I remember thinking, what the heck is going on here with these people talking over each other? It was something special. And different. And I felt very mature for getting it (kind of). 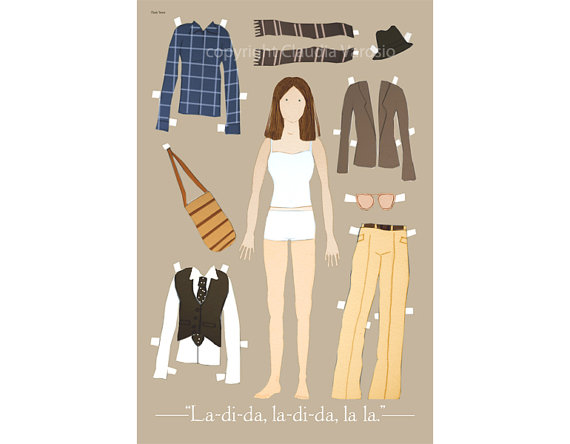 When I hit my teens, I can tell you exactly where I was when I first saw Tom Cruise slide across the floor in his skivvies. I remember seeing Tom Hanks in Splash and thinking hey, it’s Buffy!  We had no idea then that a few decades later, the name Madison would eat the baby naming business whole.

I screamed through each and every Halloween and Friday the 13th movie; they stayed fresh because it took a while for us to catch on that happy music was a mislead every time, and that the girl who had sex always got killed first.  So much for post-feminist liberation.

I covered my locker door with photos from John Water films, then hit a phase of French subtitled movies like Metro and Diva, while smoking clove cigarettes and feeling extremely subversive, even though I understood them pretty much not at all. I hit the requisite dark indie movie phase that included Clockwork Orange and Liquid Sky. I visited the Film Forum with my dad to see revival double-features in black and white, falling in love with Cary Grant and Audrey Hepburn and Spencer Tracey along the way. 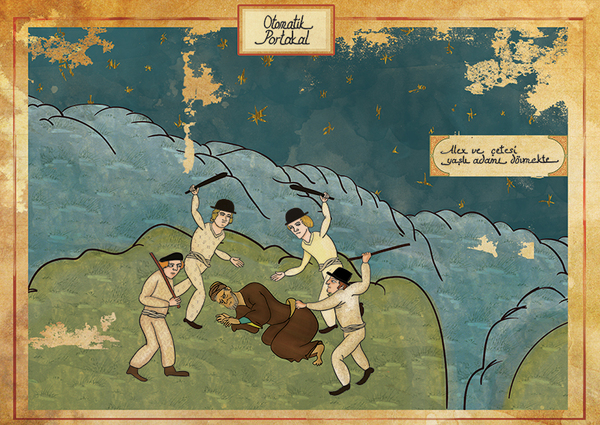 The Godfather and Clockwork Orange as Ottoman art by Murat Palta

I swooned through every single film, desperately wanting a best friend like Annie Potts, a boyfriend like Matthew Broderick or Andrew McCarthy, and hoping one day to get invited to party even close to the one in Sixteen Candles. I remember being brought to tears soon after a break up every time Don’t You Forget About Me came on the stupid radio.  (Hey, remember radio?)

And damn, if Judd Nelson punching that fist to the sky at the end of Breakfast Club didn’t capture, in a single image, every single thing you needed to know about GenX—before there was such a thing as GenX of course. 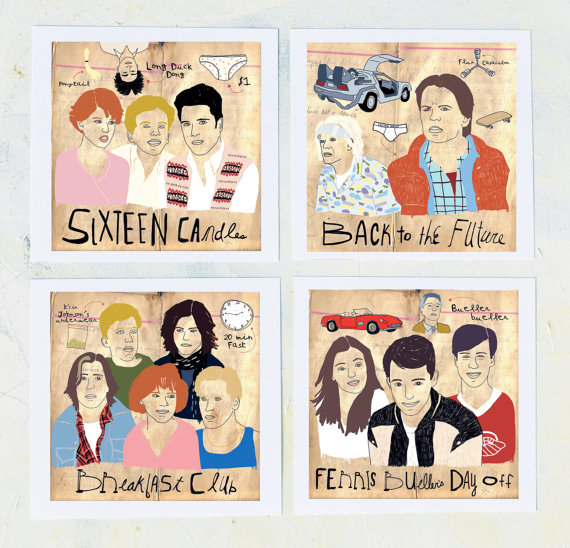 Some of my passion for movies was entertainment. So much of it was escape.

I wanted to be Dorothy, and Leisl, and Princess Leia, and ooh, Anne Baxter with the sultry voice and all those gorgeous dresses in the Ten Commandments–and now I watch as my own girls want to be them too. I also wanted to be Kim Richards in Escape to Witch Mountain, but not so much anymore.

Man, didn’t every girl want to be Linda Barrett with that body and that hair and that Cars soundtrack playing in the background?  Holly Golightly would never have worn that red bikini. 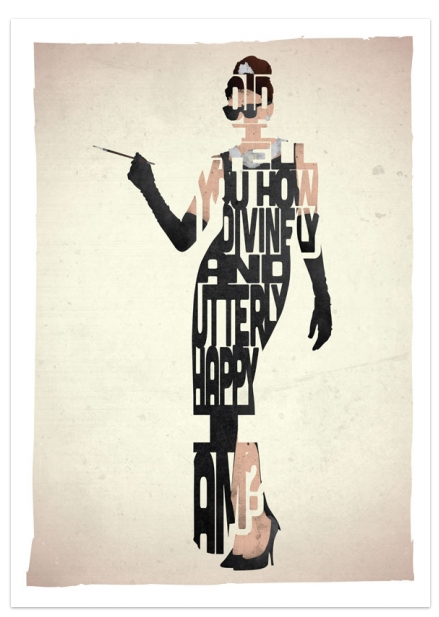 When I hit my adulthood, I held potential dates to a Princess Bride test–it was a single issue, make-or-break litmus test that determined whether we could be compatible or not.

It was always right by the way.

And I acknowledge the emotional hold the films I grew up loving still have on me; this weekend, I nearly unfriended Jim Lin when he confessed to never having seen Sixteen Candles. And yet, even he can quote from it.

I desperately missed movies during those years of early parenthood, when I was lucky if I stepped foot once in a theater all year. If there’s one small silver lining of not having my kids with me every day now, it’s that I sometimes find the time to see Wolf of Wall Street on the Big Screen, or American Hustle, or Nebraska–overpriced popcorn and all.

So tonight we’ll collectively watch the Oscars, and we’ll bitch about how looooong it is. We’ll take the same jabs we always do at the bad script and guy from the Academy who gets to speak and the unfortunate wardrobe choices and the awful ironic facial hair on some actors. We’ll cross our fingers that there is no interpretive dance numbers for the best song nominees. We’ll complain that there’s no more art anymore, and that one movie got robbed, and it’s all political anyway and blah blah blah blah.

And it will be awesome. Because it’s movies.

9 thoughts on “For the love of movies.”