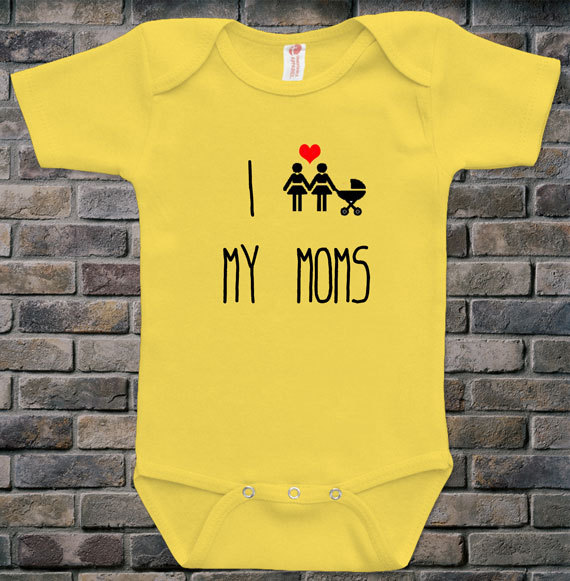 This is a post about how I fucked up. And other stuff that I think is way more interesting than that, unless you’re some sort of strange person who actively wants me to fuck up (hi, my 10th grade English teacher who probably still hates me), in which case  you can just focus on that part.

With every Annual List that comes out, comes the Annual Inevitable Backlash Against The List. I’ve been a part of both. When Babble first introduced a top bloggers list in 2009, there was a lot of talk about it. It had some gravitas. It was early in the mom blogging cycle of cycle-like things having to do with blogging (or something). I thanked the editors for including me, because it always feels nice to know someone likes your writing; but my immediate next instinct was to feel bad for all the great writers whose names I did not see.

In response, I wrote a post called the Top Mommybloggers Who Didn’t Make the Babble List and are Probably More Fun Anyway. The sole qualification: I asked on Twitter, Hey! Who wants to be on a list? First 50 to respond….

And there you go.

It was a fascinating experiment because it forced me to click over to each of those blogs, and get to know the writer a little better. Some of them I even continued reading. A few have stopped blogging. Some have become great friends. And a few of them have grown to be some of the mainstays of annual lists that people complain about, so whoo for Kelly Wickham and Joanne Bamberger and Marinka and Laura Mayes and PHD in Parenting.

Also yay for Kim Tracy Prince who I totally forgot until now was mentioned there too, but I’ll get back to her in a moment.

In that time, the various list-makers and publishers have gotten smarter in some ways: Seeking out more racial diversity, acknowledging single moms, including newer bloggers. I have learned to mostly step out of the post-mortems because whether I am on the lists or not, there will always be someone missing who shouldn’t be and as with many things, constructive discussion often devolves into complaining which devolves into personal attacks and who has time for that? There’s a whole new season out of Luther on Netflix, you guys. With way way more bloodshed if that’s the sort of thing you like to see.

And obviously, this is not a phenomenon exclusive to blogger lists. People criticize the Oscars winners and the AdAge Top Agencies article, and the Best Doctors in NYC in New York Magazine, and the speaking roster of CES in 2013 which included only male voices.

(Don’t worry, the fuck-up is coming.)

Yesterday was a little different. I saw a thread on Facebook from Deb Rox (I mention her with permission) who is rightfully outspoken about such things, and called out the 50-slider slideshow du jour of top mom bloggers for entirely omitting any LGBT voices.

A few tweets and emails alerted me to the fact that my name appeared somewhere in that tangle of sliders, and so in there was some clicking (oy, the clicking) to find where I might have been mentioned. (Answer: 24, which exceeds my usual click-tolerance level, and probably yours.) During that process, I also skimmed the other 49 names on the list.

I knew a bunch of them, some of whom I call friends, but many more were unfamiliar to me, which I took as a pretty great sign that the mom blogosphere is evolving–or at least that a certain group of editors somewhere were reading different things than the editors of other websites. I also noticed right away that there was a great deal of racial diversity, more than And for our token Latina blogger… I took this as a pretty terrific sign of progress.

However, here’s what I did not notice in the five minutes I spent on that list:

Whether or not any of the women might have been queer.

How probably, none of them were over 50. Or if they were, man, they all look terrific.

How they were all American, as Annie noted. (Oh, Annie…you Canadians are so happy to skip around waving your awesome socialized healthcare system at us but when it comes to American press, you really want over that border, don’t you?)

I did notice these things after they were pointed out to me by various people.

So I guess this is what you could call my position of “privilege”–although I would like to think to some degree in this case it was my position of busy-ness; when you skim through a list, and look at the big pretty pictures, it’s easy to notice race. It’s easy to notice blogs that refer to race in their titles, like Hapa Mama or Mami Talks. It’s harder to notice sexuality until you step back and say, “wait…where’s this person who I read? And this person? And this LGBT community leader?”

And that’s what Deb did. And many of her own readers.

However, as I panned down the comment thread, the (overall thoughtful) remarks started with the LGBT inclusivity discussion at hand, and moved onto a few “I hate lists” and “what’s the point of lists?” and “isn’t it just linkbait” (yes) and “why do they always pick the same people for the lists?” and then finally one comment that stuck in my head more than others:

Kim Tracy Prince wrote, “Well, I’m on it after 10 years of being overlooked. So there’s that.”

And yes. There’s that.

There was no comment in response to her at all.

So I jumped into the conversation and,  in the most indelicate, oafish way, made a comment along the lines of when I see a list I’m in I say thank you, and when I see someone I know make a list I congratulate them and then I move on to more interesting things we can talk about.

In my head, I just wanted to congratulate Kim. I wanted her to know that it’s true, however flawed every single Top-50-Anything will be, it still feels good to know someone out there likes what you have to say. Someone is reading. Someone took the time to help get you in front of more readers.

But wow, what I said came out wrong.

It came out like, “shut up because we have better things to talk about.”

It’s not what I meant. So, mea culpa.

I hate moral relativism more than even tuna fish sandwiches and that’s saying something.  If I’m talking about gender issues, don’t tell me kids are starving in Africa. If I write about kids with AIDS in Ethiopia, don’t tell me that kids also have AIDS in Detroit.  And when someone’s talking about privilege or exclusion or why yes, a Black woman has the right to ask why more white people don’t publicly discuss Trayvon Martin, don’t say “there are bigger issues in the world.”

It’s all important. It’s all connected.

It’s true, there was an important voice of motherhood missing from those 50 slider pages: The voice of LGBT mothers. An essential community voice sharing a parenting experience that in some ways is exactly like mine, and in some ways is as different from mine as homeschooling moms, or moms with six kids, or moms who write about citizenship, or moms who write about infertility or the horribleness of losing a child.

So if a list (and I swear I’m trying to find synonyms for the L-word so I don’t have to use it one more time) is really less about “top bloggers” by its inherent subjective nature, and more about a list of diverse, enjoyable voices sharing the myriad experiences of motherhood, then damn. We need to look at it with those eyes, despite the headline.

Then, overnight, something crystallized for me.

This is why we need blogs.

This is why we need the writing of mothers in more than 140 character quips.

This is why we need more than blurry pictures of lunches on Instagram.

This is why we need discussions like this to appear on public pages–and not private or semi-private Facebook timelines–the way they used to, back when we chiseled our blogs into stone tablets and waved them in the air, hoping someone would see.

This is why we need comments and not just tweets and shares.

That’s why, as I was reminded yesterday, you should read Vicki Reich from Up Popped a Fox. I’ve loved Vicki’s voice for years and was so happy to finally meet her in person this year. Read If You Give a Kid A Sword which I totally wish I had written, although I was not raised with handguns in the house and I don’t have a son named Miguel so there’s no way I could have at all.

Read Polly Pagenhart of Lesbian Dad. Now she’s no stranger to the “The Top blah blah blah” kinds of articles because she’s amazing and more people are seeing it every day. From personal reflections to book reviews, humor and political posts–every post has me nodding along. But if you really want to know who she is, read this sponsored post for Barilla. Yes, that Barilla. It’s not what you might expect.

Read Deborah Goldstein from Peaches & Coconuts, who is witty and sarcastic and I really want to get to know her better. How can you resist a turn of phrase like, The other day, I unearthed an old lipstick – like Y1K old.

Or if you don’t have a whole lot of time, start following the family category of Village Q,  a website co-published by all three of these parents, with contributions from many, many more. Readers of parenting blogs might recognize some of the topics: Grappling with baby fever, Minecraft addictions, Father’s Day memories, being sick when you’re a single parent, and whether to leave the kids home alone.

Oh, and you think you get bad pitches in your inbox? Check out Extreme Couponing, Sperm Edition from Sarah Gilbert.

So with respect to Deb, who called me on my shit in her very Deb way, thank you. For reminding me that we do have to keep talking about diversity–all of it–because as the bloggers of color will tell you, it makes a difference, if slowly. And for reminding me however indirectly that I need to make more time to get off social media and read more blogs. More kinds of blogs. So I can know more kinds of women.

When I do, I never regret it.

Edited to add: If you know a fantastic parenting blog (of any kind) with great writing that deserves more attention, don’t be shy to leave it in the comments.